When exercise is a big part of your life and wellbeing, what happens when injury or illness forces you to slow down?

It’s something Harry Judd is all too familiar with. The McFly and McBusted drummer has always been active, and he’s a big fan of exercising for the mental health benefits too – which has been especially helpful during the pandemic.

“Particularly running when gyms were closed, and sometimes the only option was to do a workout in the garden or something like that.

It’s really been something I’ve been able to focus on, set targets, be outside, get those mood-boosting endorphins going.

It’s been hugely important, and I think a lot of people have rediscovered, or discovered that,” says the Essex-born musician, 35, who also enjoyed loads of walks with his family in lockdown.

But a lingering cough after catching Covid back in April has seen his regime take a step back.

Judd, who says he often enters races, had been training for a 10k before catching the virus, doing a few runs a week, including a longer recovery run and a couple of more intensive interval training sessions.

“Now I’ve got this cough that won’t go away, so at the moment I’m sticking to doing a slower 3-4k and even that’s irritating my cough,” says Judd, when we speak in mid-May.

He’s “really grateful” things aren’t worse though. And while it’s frustrating being “in a bit of a rut”, Judd – who has two kids with wife Izzy (Lola, five, and Kit, three) with another baby on the way – feels positive things are going in the right direction.

‘I couldn’t exercise properly for about four years’

Listening to his body and riding out those ebbs and flows, is a learning curve Judd had to get to grips with long before the pandemic.

He suffered a severe disc herniation in his neck back in 2016, which forced McFly to postpone their UK tour at the time.

Despite lots of patience, rest and physio, he ended up having surgery in late-2018 due to ongoing issues.

“I couldn’t exercise properly for about four years; it really affected the nerves down my right side. Post-surgery, it took about two years to recover fully,” he recalls, saying it’s been a real “balancing act” in terms of keeping active but not overdoing it.

“If I didn’t do anything, I’d still have nerve pain, but if I did do something, it would make it a bit worse – but I’d rather that and still be able to exercise a bit. It’s really frustrating, because I really use exercise to help me just feel better,” adds Judd, who has talked in the past about having a tough time with OCD, anxiety and panic attacks in his 20s.

“I’ve learned a lot as I’ve got older,” he says, admitting he was perhaps “pushing too hard” in the past. “Before, I would just go out and hammer it on every run, and then I’d get injured or I’d lose motivation because every run was painful.”

Now, post-Covid cough aside, he’s more balanced with it, mixing up runs and bike cardio sessions with core exercises and body-weight strength workouts, and the occasional session in the gym.

Another element to all this is the anxiety of getting injured again. “It’s a huge anxiety,” Judd admits. “The agony I went through with my neck was really severe, so I do have that slight fear, so I don’t push myself as much as I did.”

Generally, Judd says he’s been in a “much better” place over the past five years, anxiety wise. “I can’t really put my finger on why that is. Maybe having children, and not trying to make everything perfect but just sort of accepting things,” he says.

It’s pretty much sleep, eat, exercise, as far as I’m concerned. Not necessarily an obsessively rigid schedule, but just making sure I’m keeping those things ticking over.

“In the past, I’ve had medication to help as well, some people find talking therapy helpful – there’s many things people can turn to. Everyone’s different and everyone finds different experiences,” Judd adds.

Getting outdoors into nature is also important (“I’ve always had that natural instinct to get outside”). But like so many people, work-life balance is something he’s found quite “hard to get to grips with. The thing is, I’m either so busy, or I’m just not busy,” explains Judd, who was a teenager when McFly formed in 2003 .

Their debut album went straight to number one, in 2005 they won Best British Pop Act at the Brits, and it’s been tours and hits ever since.

“When I’m suddenly not busy, in the first week it can be a bit like, ‘Ok, I’m just unwinding and doing something for myself,’ then it’s like, ‘Now what? What am I going to do?’

I find it quite hard to just cruise along and enjoy that time. But then when we’re really busy, it’s really intense; lots of late nights, shows; that can be exhausting.”

He’s keen to add, he also feels “very lucky” and “loves” his job. It’s not all about the band though for Judd, who’s embraced opportunities to seek variety: he’s written a book (2017’s Get Fit, Get Happy) and took part in Strictly Come Dancing in 2011 (he won). And of course, family life is now a big part of the picture.

Your best is good enough

He remembers something his mum always used to say, which has stuck with him. “If I was nervous about something I was going into, like some sports event or whatever it may be, she would always say to me: ‘Just do your best, all you can do is your best.’

“I’ve found myself reminding myself of that when I’m doing anything new. When I went intro Strictly, that’s what I was always saying to myself. It’s really basic, simple advice but I guess it’s something that really resonates with me, and that’s totally what I’d ask for my children,” Judd adds.

“I want to encourage my children, but I want them to discover things for themselves.

I obviously want to try and nudge them in the right direction, but I don’t want to put them under any unnecessary pressure. I see some of the pressure kids are under from such a young age, academically particularly, and it’s just crazy.

Harry Judd has teamed up with Simplyhealth to raise awareness of the mental wellbeing benefits of nature.

To inspire the nation to ‘Take A Breath’, they’ve created a free e-book. For each download, Simplyhealth will donate £5 to the Mental Health Foundation. Visit simplyhealth.co.uk/our-partners/mental-health-foundation/take-a-breath 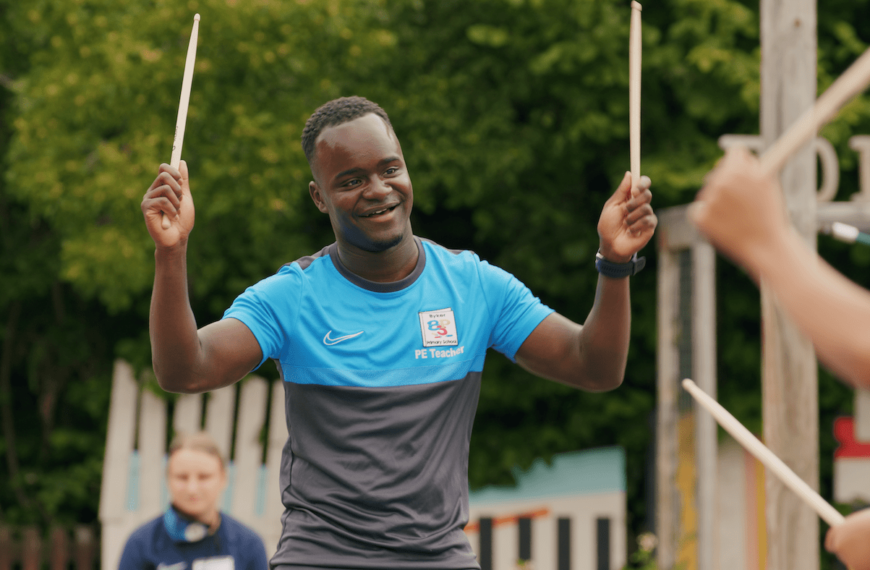 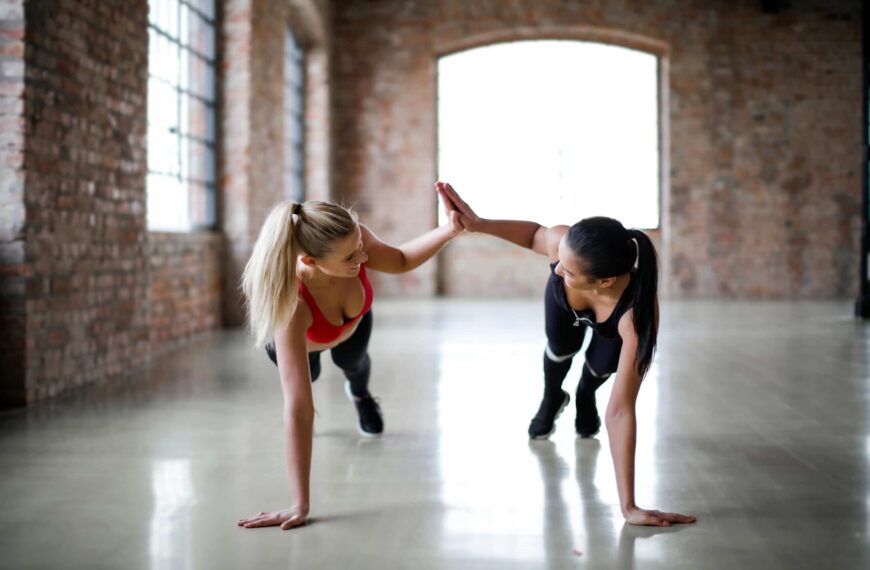 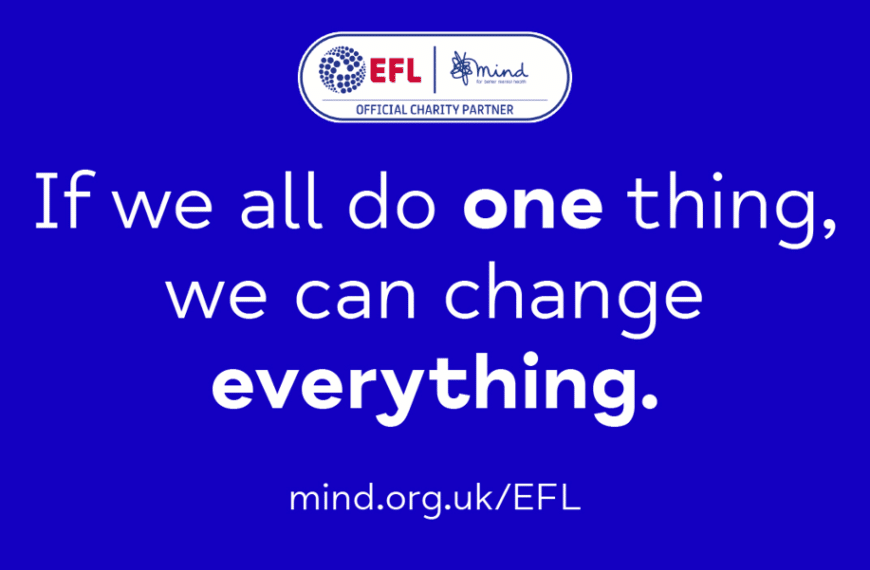 EFL Clubs ‘Do One Thing’ For World Mental Health Day 2021