Through the adidas “In Their Words” series, adidas have been catching up with athletes that are leading their sports, to discuss their experience taking part in the games that almost didn’t happen.

Here Olympic Boxer Caroline Dubois shared her feelings as the youngest Olympian on her team and the powerful role models that inspired her to pursue this path.

How do you feel in the lead up to the Olympic Games, does it feel different than the other ones you’ve participated in?

“I feel nervous, even though I’ve won at competitions before they’ve been at youth and junior level.

Now that I’m stepping up as a senior, I feel like I need to leave all I’m previous accolades and achievements in the past, it’s done and dusted and I need to move on, to come in completely as a new person and push on. I’m excited, I’m nervous, I’m anxious but I’m ready to go.”

“The Olympic Games is something that has a name, and known by everyone, even people who have never watched a boxing tournament in their lives, knows about the Olympics, and I suppose knowing that everyone’s watching puts a bit of pressure on myself. But I’m so excited to just get started to be honest.”

Do you feel like ageism is something that you are judged about?

“Definitely. I’m the youngest athlete on the team and there are people who’ve been to the Olympics before in Rio.

“I don’t really know what people are expecting of me, but I’m sure they can tell I’m young and feel I’m inexperienced.

They see it as just a learning experience for me, bounce back no matter what happens, no pressure, just move on and go to another tournament down the line.”

“But me personally I really want to go all the way, I obviously know I’m going to be the youngest in the tournament but that doesn’t stop me at all.”

What is that feeling like, stepping into the ring at a major competition?

Even in a junior level, if you’re going to the Worlds, the Europeans, or the Youth Olympics there’s a lot of pressure, but usually the opponents that you box are level and if you’re good enough they’re easy to beat.

But in senior level, everyone’s good, every fight is tit-for-tat, every fighter, even though they may not be technically as good as you, they will be strong, cause they’re bigger and older women, and they will always have experience and strength on top of you.

You cannot underestimate anyone, and every time you step on the ring you have to put your foot down.

2012 was the first time we saw a female boxer compete in the Olympics, what kind of impact did that have on you?

It had a massive impact. Watching 2012, the boxers became my role models, people I looked up to, and people I wanted to be like.

Before they came along, there was no real plan for me at all, it was just: Get into a boxing gym. I was good at it, I was enjoying it, but I didn’t know what I wanted to do or where I wanted to go with it.

But as soon as I saw them, I had a plan I had a direction, I had a means of what I wanted to, and I wanted to go to the Olympics after watching them.

Talking of goals, you’ve already achieved so many in your career, but I imagine there’s still so many more that you want to achieve. What you hope to accomplish in the next couple years in the ring but outside as well?

Inside the ring I want to achieve as much as possible. I want to be somebody who fights against the best and is the best.

And to become it, you must first beat the best, you must challenge yourself, and you can’t be afraid of taking risks and stepping up to the line.

Outside the ring I just want people to respect me and see me as a good boxer, regardless of being female, just a good boxer in general.

Personality wise, I hope young athletes coming up, not just girls but boys as well, they look at me and see my ability and they try to copy me like I tried to copy others.

I don’t see those who I looked up to as good females or males, I just saw them as people that I wanted to be like. If I’m good enough I want young people to look at me and do the same.

Do you have any tips for people on how to set goals and stick to them?

I think setting goals is easy, could be small daily ones like quitting smoking, eating better, or longer terms ones like mine of winning an Olympic medal, becoming a world champion.

However, once you set the goals the most important things are to one really mean it, and actively from the moment you say those words to work to achieve it.

You must start now, not tomorrow or come Monday. The other thing is to have a good support team around you, because it’s very hard to do it period, but it’s almost impossible to do it by yourself, so you need somebody, whether it’s your family, your friends or anybody just tell people and it makes it real and feel obligated to achieve them.

Shifting the conversation to the unusual journey to Tokyo, how has the last year been for you?

The last year has been crazy to be honest, there was obviously a lot of uncertainty, were we going to get here? was it going to happen? But now that we are in Tokyo walking through the Village and the facilities, it feels surreal.

We had a long journey to get there, I wasn’t sure I was going to qualify, because I haven’t won anything in senior level, so if they had canceled the European qualifiers I wouldn’t be here.

Even though I have the talent and skill, I just wouldn’t have made the cut because I haven’t won anything previously. It was really nerve wrecking and tense moments for me, but I just kept pushing through and I never lost sight of what I wanted to achieve.

Do you have general advice for people dealing with hurdles and setback?

Sometimes progress is very slow and hard to do, sometimes it feels like hitting a brick wall, and no matter how hard you work against it, you feel like that hurdle or obstacle in front of you is never going to move.

But I think, to anybody who feels that way, you just must stick with it, no matter how hard it gets, no matter how impossible it seems, you got to keep chipping it away, and I promise you that big wall will eventually crumble, and you will get to see the light at the end.

Family is a big support system, they’re not here at Tokyo, how are you coping with that and staying in touch with them?

Before coming into Tokyo, I was saying to myself that I could do this, that it was going to be easy. Because I’ve been to tournaments alone before.

But now that I’m out here, in the village, it’s kind of crazy, and it just hit me how much I would love for my family to experience this with me.

There’s no one in my family that’s been to the Olympics before, and I would’ve loved the opportunity to have them out here with me. We’re blessed with the day and age of social media, so we keep in contact and stay in touch but obviously it’s not the same.

You mentioned wanting to be that role model for young people who want to box, what possibilities do you see for young boxers rising?

I think there’s so much opportunity, for obviously for boxers but female boxers as well, a couple years ago there were no Olympics there wasn’t anything, and now there’s everything.

There are so many tournaments out there, so many ways to out and gain experience. I remember when I was growing up I would have only 2 fights a year, because there were that few female boxers. But now that’s totally changed, there’s young girls coming out with almost 30 fights.

With more fights there comes more experience, and that level just improves. So, for young boxers my advice would be to just show up, be present in the environment and you will improve so much more.

I hope that kids watching will see us make our dreams a reality, and those who are dreaming but not yet sure what they want to do, will hopefully find it through our work. 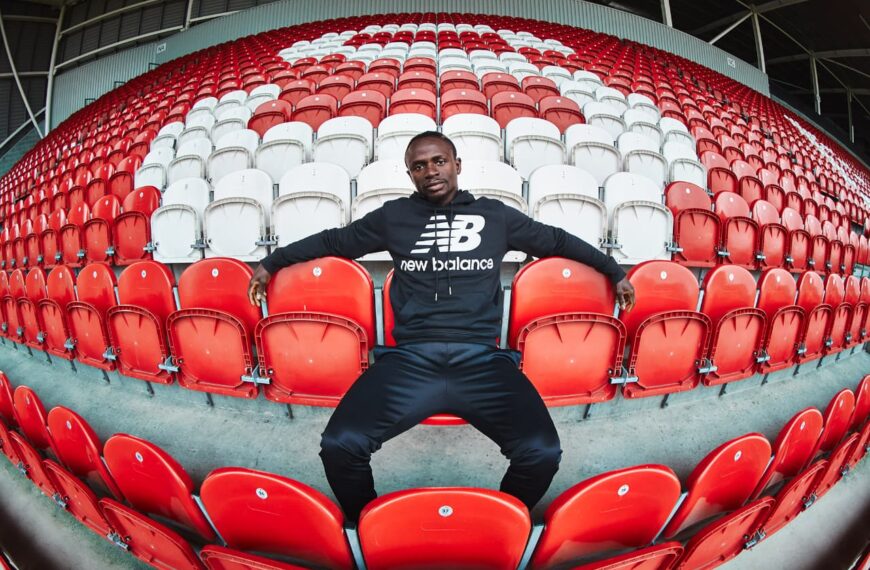 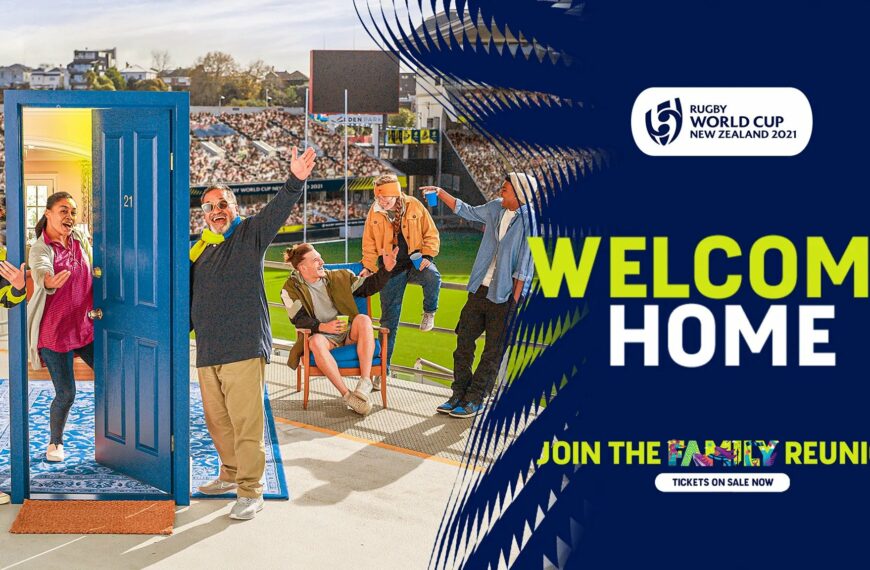 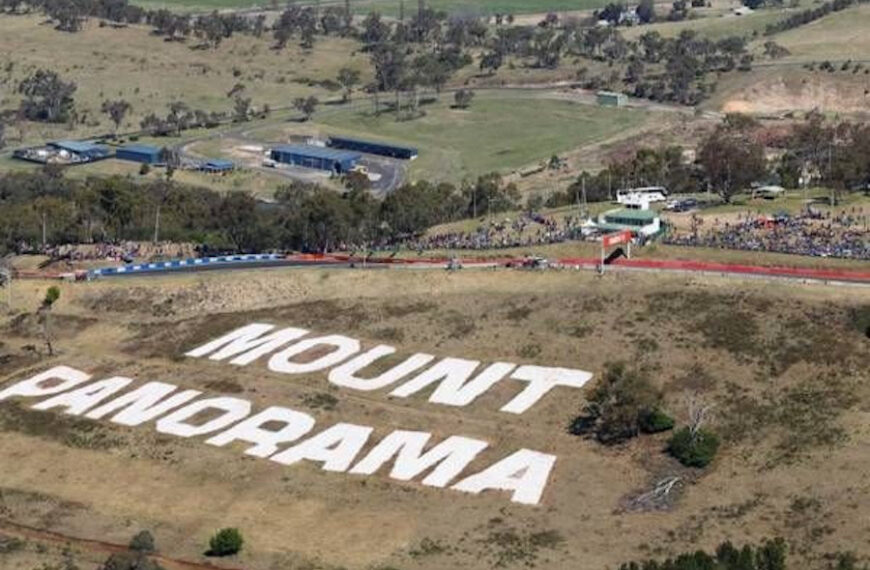