Failure Rate Of New Year’s Resolutions Over 80%, But One Good Resolution Can Change Your Life Story

Every New Year, millions of people across the country set New Year’s resolutions, with the intention of becoming better, happier versions of themselves.

However, despite our good intentions, the failure rate is startling; recent studies published in Forbes and News & World say that between 75 and 85% of resolutions are abandoned within the first two weeks.

By mid February, less than 10% of people are still sticking to their resolutions.

With failure rates this high, it is easy to become discouraged and follow the trend, or simply not bother to set a resolution in the first place. But there are some examples out there of people who have become wildly successful, or have added further to their already well established legacy, off the back of a New Year’s resolution. 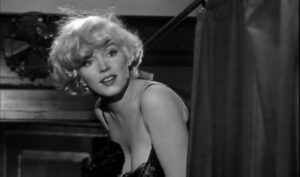 Marilyn Monroe penned a series of resolutions in 1955 which helped her to achieve further stardom after her initial success and become a true icon of the 20th century. The resolutions were simple; “never miss actor’s studio sessions”, “attend Clurman lectures – also Lee Strassberg’s directors lectures at theater wing – enquire about both” and “be there always on time, no excuses for ever being late”; but all were achievable and had a clear, tangible impact on her daily success and growth.

On the other end of the scale, Jennifer Lopez in 2019 set herself much wider resolutions of  relentlessly pursuing passions, being committed to what makes the heart sing, and achieving that which she hadn’t managed to do in 2018. The result of her acting upon these resolutions won her multiple award nominations for her role in Hustlers and a slot at the coveted Superbowl performance in 2020.

These celebrity examples serve as an indication that resolutions are very much achievable and regardless of their simplicity, can have huge implications on the way you live your life, and the story you tell. Now, Rutger Bruining – professional storyteller and CEO of biography-writing service StoryTerrace – shares insight into the power of New Year’s resolutions and shares some simple tips to help you stick to yours.

“Making a New Year’s resolution is very positive, as it means you are taking time to evaluate yourself and your life over the past year, and want to take an active role in improving yourself and your life. The difficult part is keeping them, but being able to set yourself a resolution and stick to it can have incredible benefits, no matter who you are. These are my top three tips to make resolutions you can keep:

Keep your resolutions simple, but specific
The best approach is to focus on simple goals, but with a specific plan of action. For example, instead of “lose weight”, you could say “Lose 10lbs by adding three salads a week, attending two gym classes a week, and only eating pizza once a week”. This gives you a clear plan for success and will improve your chances of keeping the resolution.

Be realistic
Don’t aim too high and ignore reality. It is better to make smaller, incremental improvements with consistency, rather than aiming for a complete overhaul of your life which simply isn’t feasible all at once. This will help you to see the benefit of your resolutions, renew your positivity and stay on the right track.

Build your support network
Surrounding yourself with people who want the best for you and will support you in your goals is extremely beneficial for your chances of success. Carefully choose those people around you who have shown themselves to be trustworthy, supportive friends and explain your plans – you could even enter into a challenge with some like-minded friends, who will hold each other accountable.”