The draw will be conducted at 18:15 ahead of two former winners of the competition, Coventry City and Birmingham City, locking horns in their Sky Bet Championship fixture.

The Sky Blues’ manager Mark Robins led his side to victory in the EFL Trophy in 2017 in front of almost 75,000 supporters at Wembley Stadium. Whilst Birmingham City are twice winners of the competition after victories in both 1991 and 1995. 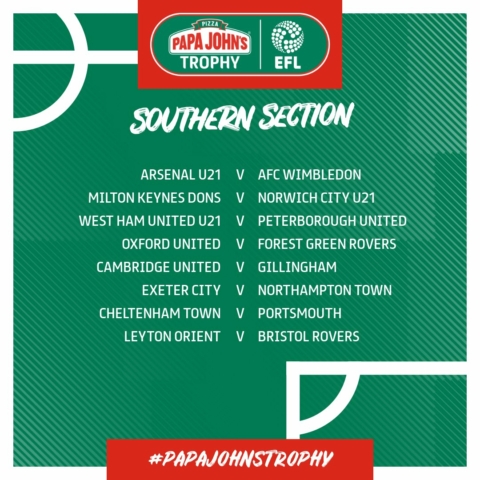 Thirty-two Clubs are involved in Round Two of the competition with the draw split into Northern and Southern sections.

The winner of each group will be drawn at home and will play a runner-up of a group from the same region, but not from the same group they competed in from Round One.

To ensure these conditions are met, the Northern and Southern draws will be split into two separate draws – Draw A and Draw B.

Round Two matches will be played week commencing 7 December.