As a personal trainer I’m often asked what the key to getting fit is and for most people, the answer is routine; getting into the habit of doing regular sessions at similar times which naturally become built into your day.

But what if that routine becomes impossible due to regular Urinary Tract Infections (UTIs), how do you commit to training with a PT or with friends and how do you stick to a class or training program?

For many people, pulling on the Lycra and digging out the trainers takes a huge dose of will power, but when you are also battling acute pain in the pelvis, frequent bathrooms stops and a burning urethra, it all feels impossible.

If you feel that you are able to, continue with your exercise program.

Urinary Tract infections affect over half of the women and 30% of men over 60, and bacterial cystitis is one of the most common urinary tract infections (UTI) in the UK – about 40% of women will experience it at some point in their life.

Suspected UTIs are responsible for 3% of all GP consultations in England, which could be as many as 10.2 million GP consultations each year in the UK. UTIs are caused by bacteria (usually from the bowel) making their way up the urethra into the urinary tract and multiplying in the bladder.

Exercising does not exacerbate this process, in fact, in the early stages, exercise might actually help to distract you from the discomfort for a short while. Try to choose activities which do not put additional pressure onto the pelvic area.

So here’s what do you need to know about training, cycling, running and UTIS…

Weight lifting – Most exercises are ok to do with a UTI, however if you find yourself on the bar bell pushing out an overhead press, ensure that you breath throughout to reduce internal abdominal pressure and excessive downward pressure on the bladder.

I would not recommend deadlifting or squats as the excessive hip flexing will inevitably increase pressure on the bladder.

Ab work – A lot of abdominal work can, once again, increases internal abdominal pressure. If you do find yourself doing exercises such as crunches and planks, ensure that you breathe deeply throughout to cut this pressure down to the minimum.

Ideally avoid this area entirely until you are feeling better, there will be plenty of other opportunities to work on that six pack, give yourself a break.

There is one group, fluoroquinolones which have been linked to weakening tendons due to the affects they have on a tendons’ ability to regenerate normally.

These side effects have led to the FDA in America to add warnings to these antibiotics on the effects on tendons, joints, muscles and nerves. These warnings highlight that side effects can occur from a few hours after taking them right up to a few weeks after finishing the course.

Maintaining a running program throughout a course of antibiotics is not worth a ruptured Achilles so, consider your training load carefully if placed onto these drugs.

Some runners also notice that a long run will lead to obvious blood in the urine (haematuria).

This is not something which should be taken lightly. It can be the sign of something as simple as old shoes with reduced shock absorbency or an increase of eccentric loading (downhill running), both of these will lead to increased cell breakdown showing up as a red tinge to the urine (foot strike haemolysis).

However, urinary blood can also be the sign of extreme dehydration. Running causes minor muscular injury and the release of myoblobin which needs to be flushed out by the kidneys.

If you do not hydrate properly then this flushing system stops working and the myoglobin can clog up the filtration system of the kidneys which can lead to long term kidney damage.

If you see a reddish tinge to your urine, your body is telling you something, take the hint and take a long hard look at how you are hydrating before and after a run.

Excess blood in the urine can also be caused by abrasions of the bladder wall and there are suggestions that this can be reduced by not going for a wee just before a run; a suggestion which clearly hasn’t come from any woman who has gone through pregnancy or childbirth! In summary, if blood in the urine after a run becomes common or it doesn’t clear up within 72 hours, you really need to see a doctor.

I also see lots of people chatting about using anti-inflammatory to get through long races. If can offer any advice at all is don’t take anti-inflammatories when undertaking exercise.

Not only will they hide potential injuries, but they can cause intestinal leakage leading to gastrointestinal damage.

In addition they inhibit the hormones (prostaglandins) which help regulate blood flow to the kidneys thereby reducing renal blood flow.

This eventually reduces the filtration of the blood and can lead to kidney shut down. Just don’t do it, whatever distance you are running.

I recommend taking a herbal supplement like Uralix before and after the run as additional protection. URALIX is a recently launched patent pending herbal supplement that goes to the root of the bladder infections – and best of all it provides a solution that is 100% antibiotic free.

Cycling – The area closest to the saddle is an area which already contains a lot of bacteria, however the extra warmth and sweat caused by cycling can increase the bacterial colonies if cyclists are not very careful.

The friction caused by the saddle can also help to force these bacteria up the urethra and into the bladder.

These factors can then be compounded by dehydration which is almost inevitable on a long ride.

Hydration – If you do choose to exercise then your water bottle is your best friend.

Ensure that you start the session fully hydrated and keep drinking throughout.

Accept that you will need to pop to the bathroom during the session.

A regular flow of fluid through the urinary tract will help to flush out bacteria from the bladder and urethra and help to replace the fluids you will be losing through sweat.

Post exercise hygiene – Try to avoid finishing off those never ending chores whilst still in your sweaty workout clothes.

Gym kit is often tight fitting and can lead to increased pressure on the pelvic area so washing and getting into looser fitting clothes sooner rather than later is the best solution.

Damp sweaty kit is also a perfect breeding ground for yeasts and other bugs which are the last thing you need when your pelvis is already on fire.

Kit – As mentioned, gym kit is often tight fitting. If you can, try to find looser fitting clothing to take pressure off the pelvic region for the duration of the UTI.

Also look at the underwear which you are wearing; natural fabrics help to wick moisture away and keep the whole area healthy.

However Medicine and Science in Sport and Exercise looked at 18874 people over a year and monitored how many antibiotics they took during this time.

They found that “low and moderate levels of physical activity were associated with statistically significant reduction of suspected cystitis.”

Although this is not a definitive causal relationship, the discussions around this study suggest that the increased fluid consumption associated with exercise can reduce the likelihood and severity of an UTI.

Many women take multiple cycles of antibiotics, yet the symptoms will often keep coming back.

This is due to the fact that bacteria causing the UTIs has become resistant to antibiotics in approximately half of the cases.

However, urinary tract infections are preventable.

Many women are not aware that they can prevent the majority of UTIs from happening in the first place! 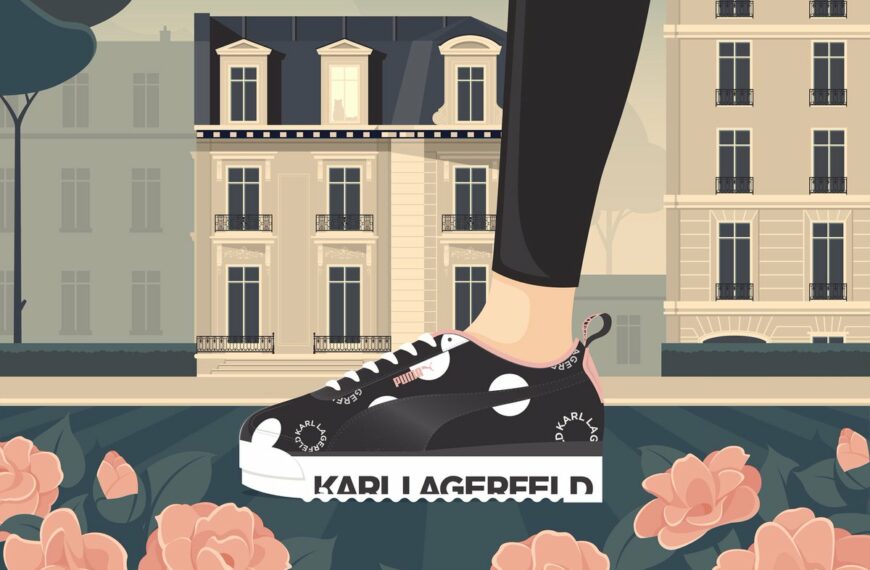 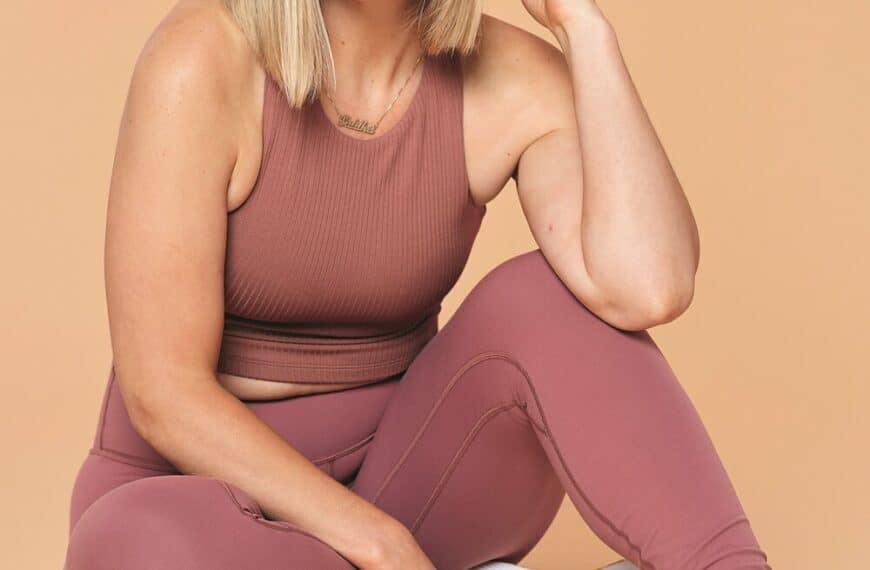 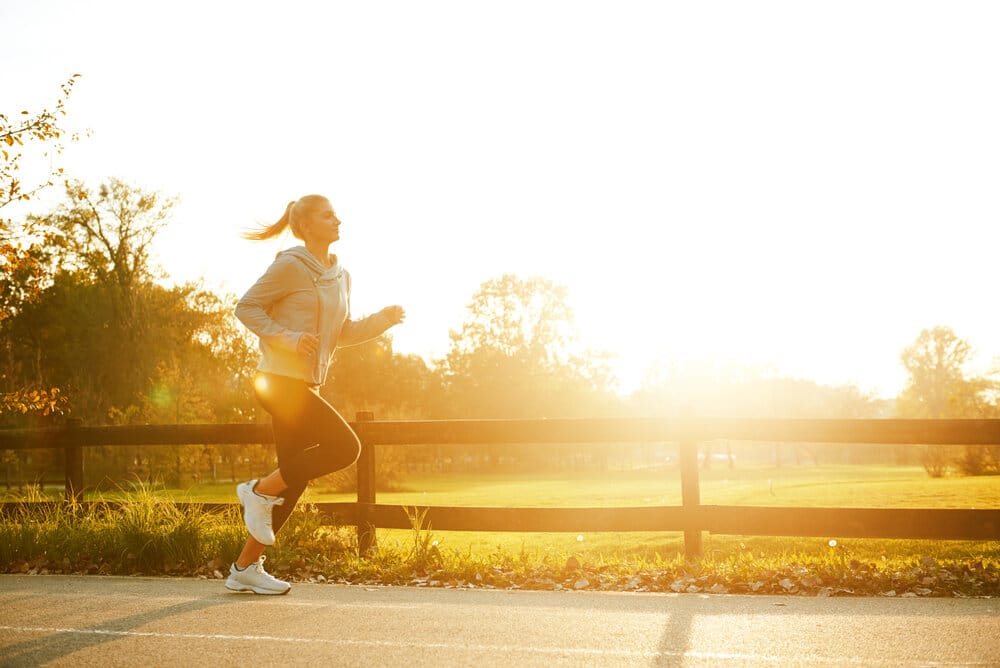