Channel 4’s revealing new series Sex Tape sees couples with relationship problems bear all, in a bid to solve their relationships woes, by following a  radical form of therapy.

Over two thirds of British adults claim to be dissatisfied with their sex lives, so for one-week, Sex Tape arms couples going through a rough patch with personal cameras, to record their most intimate moments – from the rows and the make-ups, to what they get up to between the sheets.

Once they’ve made their ‘sex tape’, each pair sits down to watch, joined by two other couples and mediated by Relationship Therapist Anjula Mutanda, in a bid to discover whether the shared experience can bring them closer together and re-energise their intimacy.

Sex Tape promises a unique fly-on-the-wall look at relationships in real-time, as each couple attempts to recapture the romance they once had.

We got to find out more from Episode One’s Brian and Victoria.

So Tell Us What is Sex Tape all about?

Victoria: Sex Tape is all about relationships, showing how different couples act within their relationship. For myself and Brian, he’s a bit of a Jack the Lad so we’re trying to get over that barrier…

And part of that involves putting video cameras in your home doesn’t it?

V: In the living room and in the bedroom.

B: Every room really. We had different cameras throughout the house. We also had a video diary camera that you could take out with you, go to work with or events.

What made you want to take part in Sex Tape and whose idea was it?

V: It was mine, I just wanted Brian to watch himself on TV and see the way he treats me, basically to show him that it wasn’t right.

B: Stupidly, many moons ago I cheated on Victoria and we’ve had trust issues ever since then, and I’m also a bit of a male chauvinist if you like, I don’t think it, but Victoria thinks I am. She saw the programme advertised and said, ‘I think that might help our relationship’.

There are those who would suggest that you could have got help without going on TV, what made you want to do it that way, was it simply free access to an experience therapist?

B: Well we can get therapists in Glasgow… and then we heard that it was going to be a professional relationship expert, so we though that would be the best one, through Channel 4.

Did you have any misgivings about taking part in the project?

V: Apprehensive because there’s cameras in the house, not following but they are there 24/7, but once you got over that, it was fine.

B: I was a little bit worried about how I came across, I though this might be a bit of a wake-up call for me, and it was to be honest.

People have said that when you’re being filmed in this way, you’re conscious of the cameras for the first hour and then you just forget, was that the same for you guys?

V: Definitely. For myself, I was more conscious of the cameras in the bedroom than in the living room or the kitchen. It’s like, someone watching you sleeping who you don’t know I suppose. But yeah, you just forget that they’re there.

B: Just act naturally. The first couple of hours you’re more aware but eventually, you just forget them.

Obviously, the programme is called Sex Tape, it’s not all about sex but that’s a big part of it. How important is sex to you both in a relationship?

V: I think sex is a very important part of a relationship. I think it brings you closer together, and it’s fun, it’s exciting and I couldn’t do without it to be honest. He’d be dumped! (laughs)

B: (laughs) It’s a major, major part of it. When we first met we were having a lot of sex, we’re not having as much sex anymore but it’s still a major part.

What other aspects of your relationship did the programme focus on?

B: A little bit about our social life, friends and family really. We took the video diary out with us a times.

The essential side of Sex Tape is that you meet the other couples taking part, and relationship therapist Anjula Mutanda and watch your tape together. Was that quite nerve wracking?

V: I was very nervous because it was me that applied for the show, I wanted to show Brian how he treats me, so I was nervous for him because the way he treated me was disgusting. I was looking to see his reaction, which made me nervous, but Brian is just Brian.

B: I was quite embarrassed when I realise there would be other couples analysing my life. Not just Victoria, not just a therapist, strangers if you like. They analysed my relationship, they had a say in it which was a wee bit surreal, a wee bit embarrassing, and I don’t get embarrassed.

Watching the video, was it what you expected to see?

V: It was for me, because I know what he’s like and how we get on. But to watch other people’s reactions and hear what they say about my relationship, it was a bit daunting because you don’t like to get told what you already know.

B: It opened my eyes. Victoria used to say I was a male chauvinist and a bit old fashioned in my values, and it certainly showed in the video. Things like, I don’t go into the kitchen, I don’t know what to do in the kitchen, I don’t even know where the cutlery is, old fashioned in that way, like ‘I’m hungry Victoria, can I get something to eat, can you do this, can you do that?’. I’d just sit with my feet up. At the weekends I was out with the boys, no phone call or anything, Victoria didn’t really have a say in it, I was out partying doing what I liked, it looked bad, it looked bad.

Brian, you seemed to get quite a hard time from the other couples who were present, did you feel kind of ganged up on?

B: (laughs) I did, it was quite funny at first, it was hard sitting with some of the other people grilling me, especially the girls. But when I explained my thoughts behind the way I act they kind of came around to my way of thinking, were slightly on my side.

Then therapist Anjula said ‘what’s happening here, I can’t believe that 10 minutes ago you were against him, and now because he’s used his charm…now you’re on his side….’. I explained it in a way that a woman likes to feel like a woman and the man, if you like, is like a kind of protector, the breadwinner, the man takes charge of certain things.

The girls sort of half agreed, so it was hard at first, until I turned everything around (laughs).

What was the hardest moment for both of you to watch?

V: Having sex on telly! I was mortified (laughs), absolutely mortified. The simple fact I was hot, I was flustered, I was feeling all the emotions when I was watching it, it was horrible!

It’s important to say it’s all quite discreet, under the duvet isn’t it?

V: It’s underneath the covers but knowing that there’s a camera watching the covers, me performing sexual acts, that’s daunting, the moving duvet….

B: My worst was first when the other couples went in on me, that was tough.

V: And when Anjula asked what I was going to end up doing. I was basically saying ‘if he doesn’t change his ways, then we’re finished’ saying that out loud….

Here you guys are today having filmed several months ago, have things changed?

B: Yes, although Victoria has still got dishes to do (laughs).

V: For Brian at the weekends, he’s phoning and texting me, letting me know that he’s alive!

B: I would disappear at weekends, go to parties, I wouldn’t call or text. I’m a bit old school, I don’t bother with my phone when I’m in a nightclub, I’d just have fun with friends.

V: He surprised me for Valentine’s Day as well, he arranged a nice meal, drinks, brought me flowers, chocolates!

B: I’m making more of an effort.

And would you say that the trust issues have improved?

B: Victoria makes out to me that she wants me to call her at the weekend, so she knows I’m okay and I’m safe, but I think that’s still a little bit of her own trust issue. She wants me to check-in, wants to know where I am, who I’m with.

V: That’s just a normal relationship Brian, that’s what normal people do, text and phone each other.

B: I don’t think guys as much as girls ask their girlfriends to ‘check-in’ when their out. If you’re on a night out you don’t have to phone or text. Guys think differently
whereas girls are always saying to their boyfriends, ‘gimme a call let me know where you are, who you’re with…’, it’s slight insecurity, slight trust issues. The trust issues are still there, just a little bit more disguised in Victoria’s side of things.

V: (Laughs) There are definitely trust issues, I don’t trust him as far as I can fling him! (laughs)

Where will you watch the programme when it goes out?

B: Behind a pillow!

Will you have friends around to watch it or prefer not to have other people in the room?

V: Then once we’re done I’ll go and sit with his mum and watch it (laughs).

And lastly, this may be an impossible question to answer but what do you think the future holds for you both?

V: Well I want a ring on my finger, but I don’t think Brian’s up for that just yet but hopefully in the future.

B: Victoria likes to plan for the future, but I’m not bothered, I’m like a feather in the wind if you like, just go with the flow…it suffocates me to think too far ahead or make too many plans. One thing I do know is we’ll maybe go away and live in a hotter climate for a wee spell…. 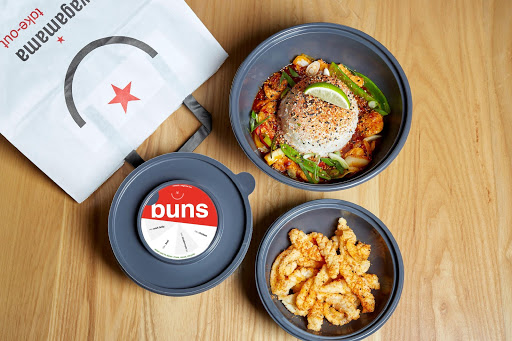 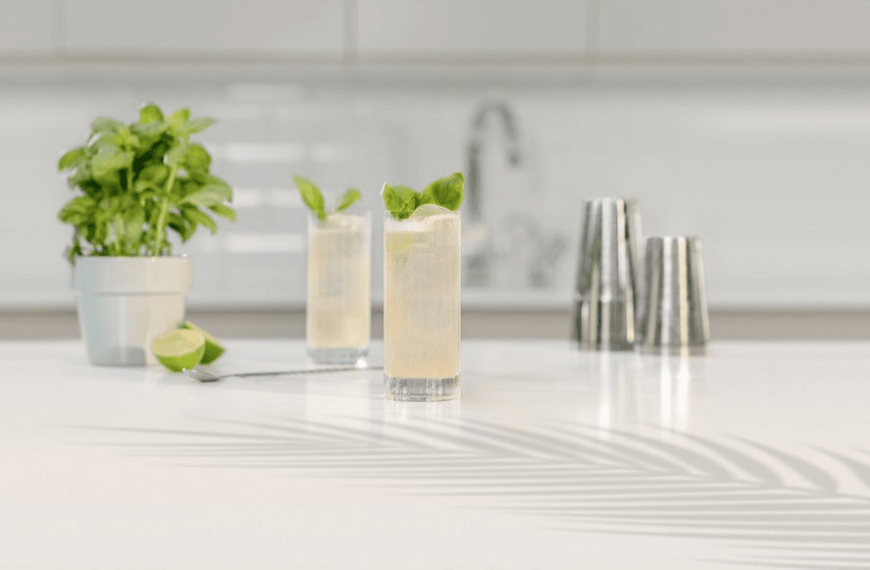 The Best Alcohol-Free Cocktails To Impress Your Tee-Total Date 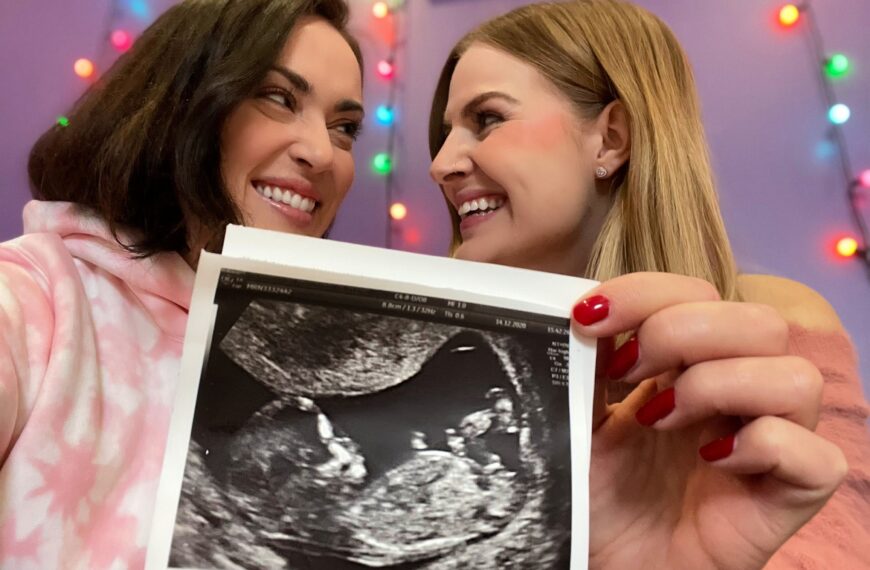 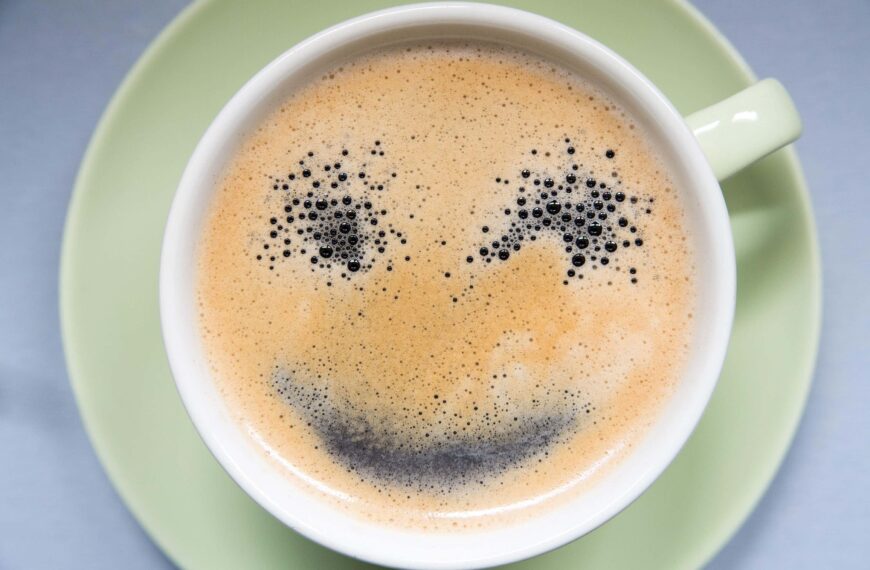