Irish rugby legend Brian O’Driscoll has announced his return to THE CAMPUS, Europe’s newest five-star multi-sport and wellness hub at Quinta do Lago in the Algarve in Portugal, to host more fun and engaging junior summer rugby training camps.

Brian will host the camps on the pristine training pitch for young rugby hopefuls of all abilities, between 5-15 years of age and from 29th July to the 2nd of August 2019.

Brian will join a team of coaches for a fun and action-packed rugby coaching camp at The Campus Summer school holidays from 29th July to the 2nd of August 2019. The camps will focus on grass-roots coaching and development, making rugby fun for juniors of all abilities and learning skills from one of the masters of the game.

Brian will encourage youngsters to get active in the magnificent surrounds of The Campus, Europe’s newest multi-sport and wellness hub. This is a unique rugby experience for boys and girls to learn from former British and Irish Lions captain O’Driscoll and be inspired by one of the true greats of the modern game. His camps are certain to be loaded with fun and insight from a legend who played 133 internationals for Ireland. 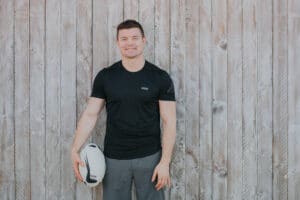 “I’m really looking forward to returning to The Campus at Quinta do Lago in the Algarve to work with some young rugby players. The training pitches and facilities are world class and hopefully we will inspire a few rugby stars of the future at this summer camp.”

Sean Moriarty, Chief Executive of Quinta do Lago, says coaching opportunities like these is what makes The Campus stand out amongst sporting venues across Europe.

Sean says: “It’s great to have Irish rugby icon Brian O’Driscoll returning to The Campus for more fun and engaging rugby training camps. Brian is one of the most respected figures in rugby and he adds to the list of incredible sports ambassadors we now have at The Campus.”

Brian goes on to say:

“We will be looking to put on some fun and interactive coaching sessions, for boys and girls of all abilities. The sessions will focus on having fun and developing their knowledge of rugby, both from a technical and tactical view point. We’ll also be working on co-ordination, movement skills and areas of competitive play as well.  All in all, it should be a great fun week!”

Brian O’Driscoll is the latest addition of high-profile stellar sports stars adding a world class level of sports coaching, knowledge and mentoring who are now partnering with The Campus.

Captain and mother of Grand Slam champions Sir Andy and Jamie, hosting both junior and adult coaching camps after successful visits at Easter and last year.